YES – The untimely death of Brandy  Vaughan suggests that the vaccine companies will stop at nothing,  to protect their vaccination programs.

In December 2020, anti-vaxer Brandy Vaughan died in mysterious circumstances after a long period of harrassment by clandestine figures. 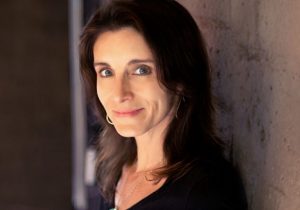 Brandy was a persuasive campaigner against compulsory vaccination.  Click Brandy Video to see why Big Pharma felt threatened and for some very good reasons to think twice before vaccinating.

Brandy had her own website – BrandyVaughan – and wrote to her supporters shortly before her death, that if something happened to her that it would be foul play.   Click medicalkidnap for the full story

After her death, her body was given an autopsy and the death was attributed to ‘bi-lateral Pulmonary Thromboembolus’.  The Coroner put it down to natural causes   – see autopsy report –  without investigating what caused her unusual system failure.   Sounds like a cover up to FCP.

GoGetFunding to continue the work

Brandy asked that in the event of her death, there should be a fund to investigate her death and keep her work going.  If you want to take part,  here is the GoGetFunding link.

Click Dr Andreas Noack for the story of another untimely death.

One thought on “Will the vaccine companies stop at nothing?”