YES – Global Warming is a reality, as evidenced by the upwards trend in temperatures across the world.  The earth may be heating up naturally, but we are adding to the problem with ever-increasing emissions of greenhouse gases.   Reducing the emission of greenhouse gases is the way forward, NOT geo-engineering .

Temperatures are on the Rise

There are numerous official sites that confirm that temperatures are on the rise.   climate.nasa.gov shows that global temperatures have increased by 1.01 c since 1980 and that 19 of the warmest years have been experienced since year 2000. 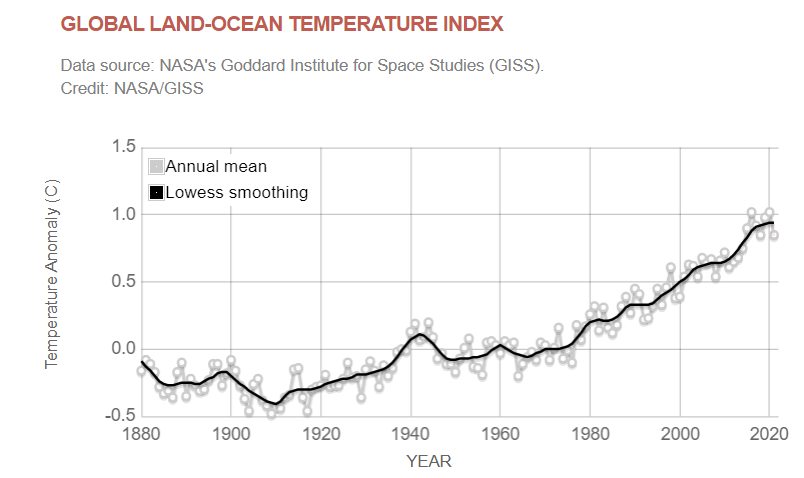 It is hard to find the percentage increase.  But the image below shows that it must be significant.  The world is getting hotter, that’s a fact.

CO2 emissions on the Rise

Levels of CO2 (carbon dioxide) are monitored by a US government agency that report that levels of CO2 have increased 22% since 1980.  Click gml.noaa.gov for the full picture 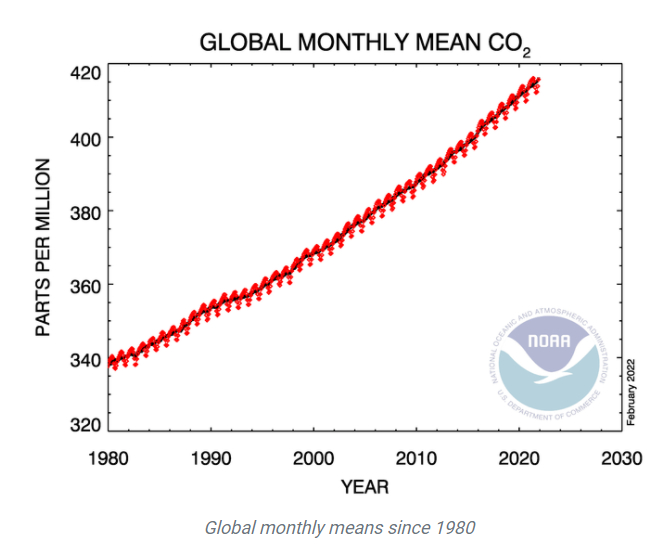 CO2 is the most common greenhouse gas, as outlined by epa.gov. 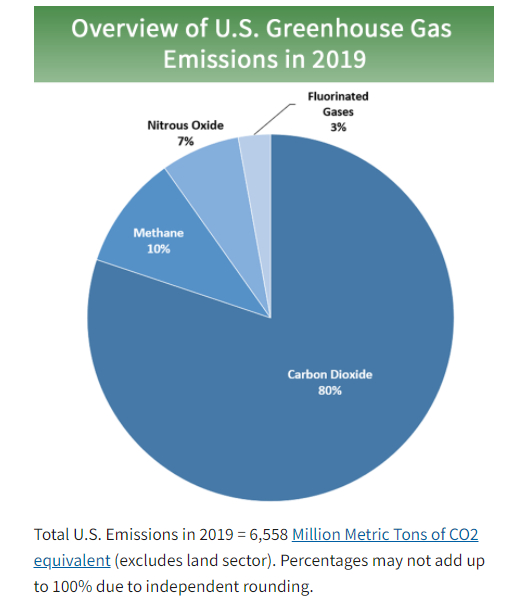 The causes of climate warming

Nasa summarises the position … “Human activities (primarily the burning of fossil fuels) have fundamentally increased the concentration of greenhouse gases in Earth’s atmosphere, warming the planet. ”  Click climate.nasa.gov  for a more.

There is no reason to disbelieve the above, especially since Nasa does not seem to be promoting  geo-engineering.  In fact almost the only mention of geo-engineering on the Nasa site was in a 2020 news report on Nasa’s Dr Claire Parkinson .  In the article it tells how “In 2010, she published a book entitled “Coming Climate Crisis? Consider the Past, Beware the Big Fix” about climate change and her concerns regarding the possibility of implementing potentially dangerous geoengineering projects.”

It seems that the only way forward is for individual countries to set targets  for the reduction of CO2 emissions and other greenhouse gases and hopefully achieve them.

Geo-engineering – NOT the way forward

Geo-engineering has been a fact of life since 2016.  According to technologyreview, the first high altitude particle spray was conducted in Russia in 2009.  In the same year the USA under Obama started looking at options.  Foreignpolicy.com tells the history up to 2013

In 2014, the average daily atmospheric concentration of carbon dioxide surpasses 400 parts per million — higher than it has been in at least 3 million years.   Geo-engineering became a reality as an attempt to combat the global warming…officially.

In 2017, The Guardian reported that the Trump administration was investing in geo-engineering, which then became a feature all over the world, causing major problems.  see geoengineeringwatch for information on health issues, droughts,  tree die-off, wild fires etc.

In the six years since geo-engineering became widespread, world temperatures have continued to rise.  It seems clear that geo-engineering has been a complete failure, if it’s aim was to slow down global warming.

Global Warming is a Real Problem

Geo-engineering may not be the answer.  But global warming is still a problem.

Increased temperatures  result in desertification.  A third of the world’s population live in ‘drylands’ whch are most vulnerable to an increase in temperature.  Click on greenfacts for more information.

This will in part explain how “The number of documented migrants within and from the African region has nearly doubled since 2010, continuing a two-decade trend of expansion. “   see africacenter for more information.

Editor’s Comment – Given the facts, it is hard to understand how the idea of “climate change hoax” came to be.  But if you type that into your browser you will find many people who think just that.